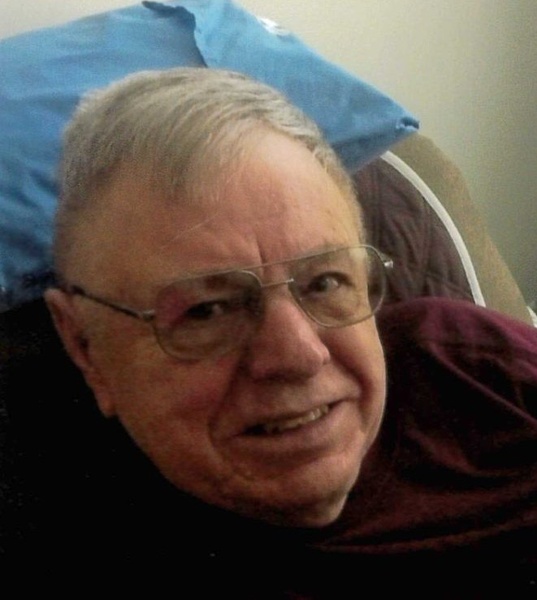 Wayne Chester Johnson, 84, of Atlantic, formerly of Lyman, went Home to be with his Lord & Savior, Jesus, on December 4, 2021, at Atlantic Specialty Care, with his wife at his bedside. He was born to Chester (Chet) and Mabel (Rabe) Johnson on a family farm in Lyman, IA on May 28, 1937. He attended Pringey Country School east of Lyman, until moving to the Griswold Community Schools in 8th grade. He graduated with the class of 1955.

He met Delores (Dee) Westphalen and they married on May 9, 1958. Two sons were born to this union, Wade Allen & Clark Dean, and as a family they took many wonderful family vacations. Wayne worked at Newman Body Shop in Lyman for over 40 years. He later worked for American Securities in Atlantic, where he eventually became a full-time locksmith. He really enjoyed his 15+ years as a locksmith, retiring in December of 2013. Wayne was a member of St. John’s United Church of Christ for over 65 years and was active in all areas of church. He served on the Board of Directors many times and held each position through the years. Wayne was a very proud “Lymanite” and basically lived his entire life there. He spent three months in Atlantic following his marriage to Dee & then, due to declining health, moved to Atlantic in December of 2017. Dee passed away in July of 1989, after a brief illness with cancer.

Wayne later married Georgia (Llewellyn) Przychodzin of Massena at St. John’s United Church of Christ in Lyman on May 7, 1994. They spent nearly 28 years together and traveled every chance they got. They even took two wonderful motorcycle trips. Their favorite destination was Silver Dollar City in Branson, MO. Georgia retired just a few weeks after Wayne, allowing them even more time to travel.

Wayne was preceded in death by his parents, his wife Dee, his in-laws, Leo & Ethel Westphalen, and a sister, Marie Ann Pilling.

Left to mourn his passing are his wife, Georgia, sons, Wade Johnson and Clark (Mary) Johnson of Lyman, and two step-daughters, Veronica (Troy) McKee of Massena and Amy (Dan) Barth of Van Meter. He is also survived by his seven grandchildren, who were the light of his life; Chad Johnson of Atlantic, Matt and Amanda Johnson of Scribner, NE along with their son, Chet Roger, Trevor McKee of Waukee, Jarod McKee of Des Moines, Connor McKee of Massena, Natalie Barth of Cedar Falls and Dustin Barth of Van Meter. In addition, Wayne is survived by numerous cousins, brothers & sisters-in-law, nieces, nephews and hundreds of friends.

A Celebration of Life Memorial service will be held at 11:00 a.m., Thursday, December 16, 2021, at St. John’s United Church of Christ, south of Lyman followed by lunch in the fellowship hall. A private family burial will be held prior to the service at St. John’s Cemetery.

In lieu of flowers, the family is requesting any memorial gifts be directed to United Christians International (UCI) Caiman, Haiti. Wayne and Georgia have faithfully supported this Mission since 2012 and each have been there on Missionary trips.

Roland Funeral Service is caring for Wayne’s family and his arrangements. Condolences may be left at www.rolandfuneralservice.com.

To order memorial trees or send flowers to the family in memory of Wayne Johnson, please visit our flower store.