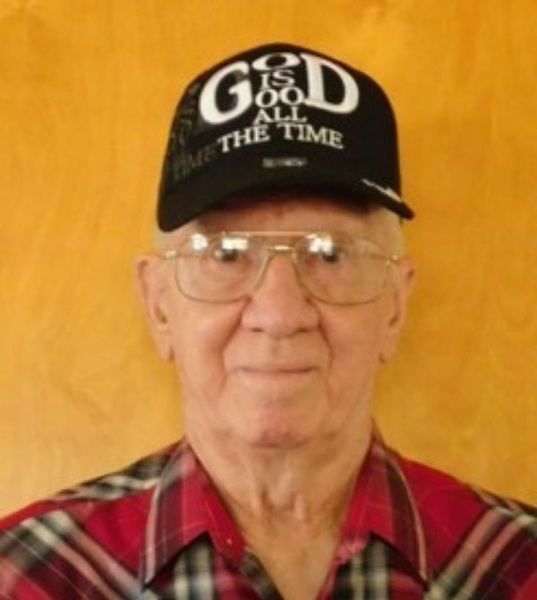 CG was born August 2, 1927, at home, close to Lyman, Iowa, the son of Cal and Alma (Wohlenhaus) Lindeman. While growing up he became an avid hunter and enjoyed hunting all game most of his life in Iowa and states out west. His friends always said he was an excellent marksman! He is known far and wide for his love for God’s beautiful outdoors. He played softball until he was 56 years old on a town team and also liked basketball. A favorite was camping and fishing with his family, especially in Canada. He graduated from Atlantic High School in May of 1945 and in August was drafted into the service at the end of WWII. June always joked that Japan surrendered in 1945 because he had turned 18 and they heard he was coming. He spent most of his time at Ft. Knox, Kentucky where he was a tank commander, company clerk and supply sergeant until he was honorably discharged December 1, 1946. At age 21, he was convicted of his sins and took Jesus Christ as his personal Savior as he read and studied Proverbs 3:5-6: “Trust in the Lord with all your heart, and lean not on your own understanding. In all your ways acknowledge him and he will direct your path.”

He moved to Whittier, California to be a precision-machinist making airplane parts. It was at a church in Long Beach, California that he met and married Carol Gray. After three years they moved to Iowa where June eventually set up his own tractor repair shop in Lyman, Iowa. He was a mechanic there for 40 years and enjoyed friends and relatives coming in to visit and have a cup of coffee and share a joke. June and Carol had four children, Alice Ann, Janet Kay, Donald Hayward, and Karen Jane. Alice Ann and Donald Hayward were both stillborn. Carol lost her battle with cancer at age 49.

37 years ago, he met and married Helen Rowan Cabeen who had also lost her spouse, Lyle Cabeen, to cancer at age 49. She had three children, Sharon, Bruce and Lori who June helped raise as a teenager. They felt blessed to have his wisdom, advice and sense of humor as they grew into adulthood.

When personal computers came to being he taught himself, with the help of friends and relatives, to use one. Because of his strong faith in the Lord, he began to write Bible messages and speak at local assemblies. The Lord gave him a wonderful understanding of the Bible, especially the Old Testament. His daughter Jane, built a website for him where anybody around the world can read many of his messages. The address of this website is given at the bottom of the page. In later years, he enjoyed wood working and called his inventions “Krude Krafts!” He built Adirondack chairs, silhouettes of animals, garden arbors, and many more.

Burial will be held at a later date at Weirich Cemetery, south of Lyman.

In lieu of flowers the family suggests memorials be directed to Gideons International.

Roland Funeral Home in Atlantic, Iowa is caring for CG’s family and the arrangements. Condolences may be left at www.rolandfuneralservice.com

To order memorial trees or send flowers to the family in memory of CG (June) Lindeman, please visit our flower store.